I set the boys up with an activity then settled into my project for the day: homemade kinetic sand. The websites all made it seem easy…which meant that I was doomed for a #pinterestfail. My kids listened as I grumbled and groaned over batch after failed batch. My slime was too thick. The sand was too clumpy. It was NOTHING like the kinetic sand in the store. It was more like kitty litter. (used kitty litter. yeah.)

While I tortured myself, E, my 7-year-old was just as frustrated in his corner. He was trying to build something out of recycling, something that seemed grand and glorious inside his head but wasn’t panning out properly. Eventually, he gave up.

Just before lunch, when I said I was giving up too, my wise little 5 year piped up, “at least you tried. Right Mommy? It’s important that you tried.”

Fast forward a few hours during which I had time to ponder the science behind slime* and decide on a new course of action. Two batches later, I had it! I pulled the boys away from their activity to come witness my triumph.

Later, E came and played with me, and we had this fabulous chat about perseverance, about how many things don’t come easily the first time but it’s worth trying again because the end result can be fantastic. 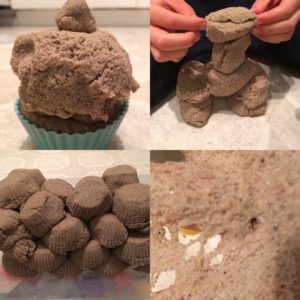 What did I just do there?

The funny thing is, we’ve been trying to get E to understand the benefits of perseverance for a long time, but up until now we had only pulled examples from his own life. I can teach him the definition of perseverance until I’m blue in the face, but the best way for him to learn is to see it in action.

Are you struggling to teach something to your child? Maybe you’re beating yourself up inside because you don’t have time to do a bunch of fancy lessons on the topic, including the matching craft and themed game.

You know what? You are the perfect parent for your child, and he is going to learn most of his life lessons from you!

So let’s let our kids see when we’re struggling with honesty, anger, bravely sharing the gospel, or developing friendships. Obviously we do it age-appropriately, but let’s not live our adult lives turned away from our children. They can learn as much from how we handle our mistakes as from how we handle our successes. Let’s let them peek in and see that we are learning too…and they might just learn something for themselves as well!
Oh, and do you want to know the final recipe for kinetic sand? It was lovely. Not quite as pliable as the uber-expensive stuff from the store, but since I don’t have access to Polydimethyl siloxane, I’d say mine turned out a pretty close second. All the kids thought it was just like the real (expensive) stuff! A bunch of grade 5/6 kids played with it for an hour, so I think it was acceptable. 😉

(Note: I tried the cornstarch version that you probably saw all over Facebook, but it doesn’t have the tackiness of the goop version – it’s basically just wet sand. I wanted stretchy sand. Also, all the goop-based recipes I found online required liquid starch, which is  unavailable in Canada. This is why I struggled through making my own recipe!) 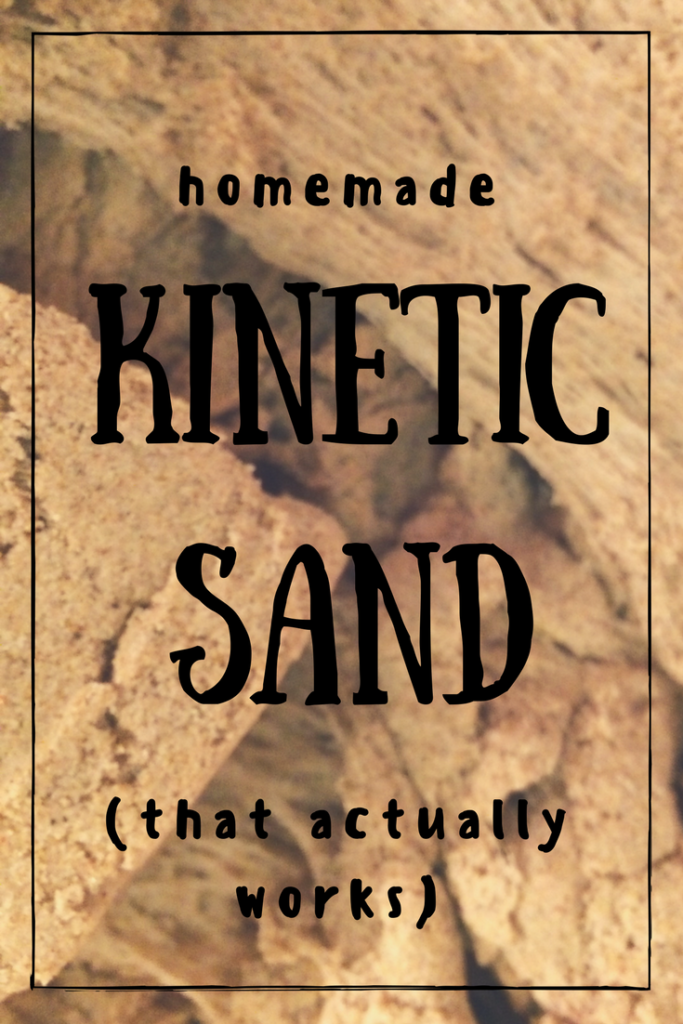 Now, you may not love the texture yet. But hold on! I discovered a magic potion. Are you ready?

If the kinetic sand is a little stiff, knead in a couple drops of dish soap until it’s good and stretchy. You can also re-invigorate the sand if it gets a little dried out by using a bit of dish soap.

*The science behind it: glue is made of long stranded molecules, called polymers, that slide past each other in glue’s liquid form. The borate ion (from the borax) essentially acts as a glue for the glue – it makes the polymers stick together so they can’t slide past each other anymore. More borate = stiffer goop. Less borate = thinner goop. When the goop is mixed properly into the sand, the sand grains get stuck in the goop, allowing the mixture to stretch but still be moldable like wet sand. It’s also reasonably clean. (See how useful a science degree is?)

Did you find this helpful? If so, would you be a super awesome person and share it with a friend?

Also, please let me know if you have any trouble with the recipe!